New Coalition Launches to Celebrate and Protect the Bayh-Dole Act 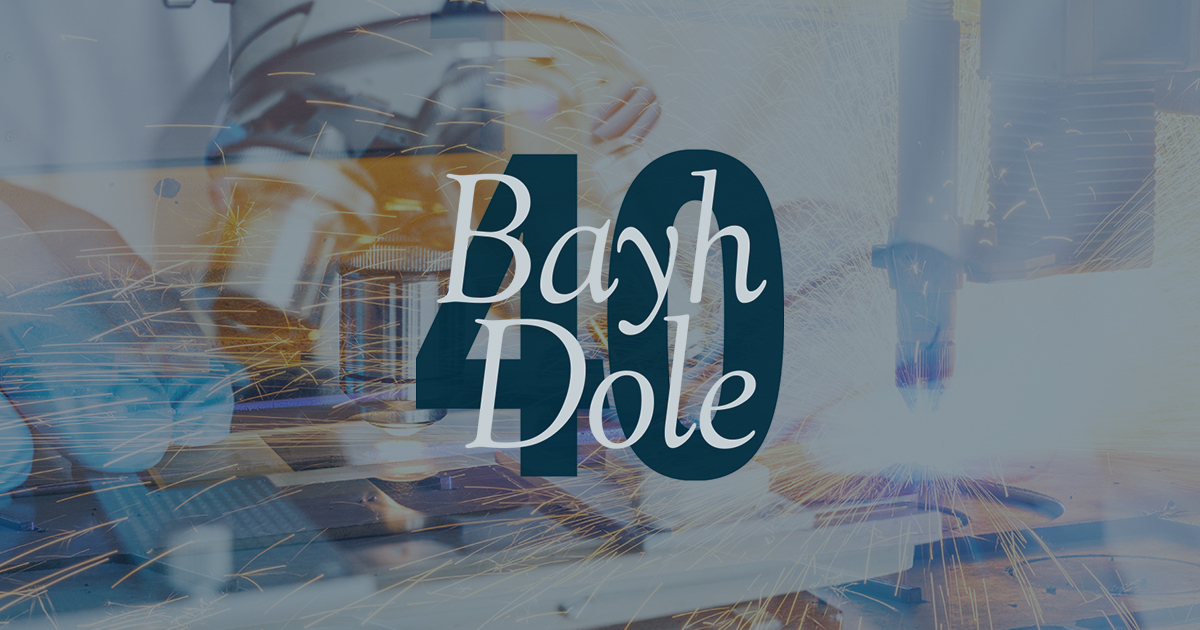 WASHINGTON (February 19) – Today, a diverse group of research and scientific organizations, as well as those directly involved in commercializing new products, launched Bayh-Dole 40, a coalition that will celebrate and protect the University and Small Business Patent Procedures Act of 1980, better known as the “Bayh-Dole Act.”

The Bayh-Dole Act has empowered universities, small businesses, and nonprofits that have received federal grants to retain ownership of any patented inventions — and license those patents to private firms, who then turn promising ideas into real-life products that improve peoples’ lives. Thanks to Bayh-Dole, the public and private sectors have worked together to translate basic scientific research into life-saving drugs and medical devices, internet and GPS technologies, rechargeable lithium-ion batteries, and countless other innovations.

Thanks to Bayh-Dole, over 200 new therapies — including drugs and vaccines — have been created since 1980. The legislation has also bolstered U.S. economic output by $1.3 trillion, supported 4.2 million jobs, and led to more than 11,000 start-up companies.

“Misusing Bayh-Dole to undermine the existing framework for public-private technology transfer and development, as some lawmakers are suggesting, would jeopardize the future of U.S. life-sciences innovation,” said Stephen Ezell, Vice President of Global Innovation Policy at the Information Technology and Innovation Foundation. “We look forward to engaging Congress on these issues to ensure the United States remains a life-sciences R&D powerhouse.”

About Bayh-Dole 40: Bayh-Dole 40 is a coalition of research and scientific organizations, as well as those directly involved in commercializing new products, dedicated to celebrating and protecting the University and Small Business Patent Procedures Act of 1980, better known as the “Bayh-Dole Act.” The coalition was formed to educate policymakers about Bayh-Dole’s positive impact on medical innovation and defend the Act against imminent threats during its 40th anniversary year.